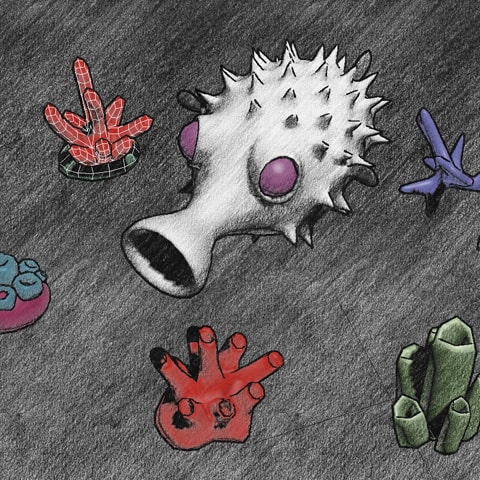 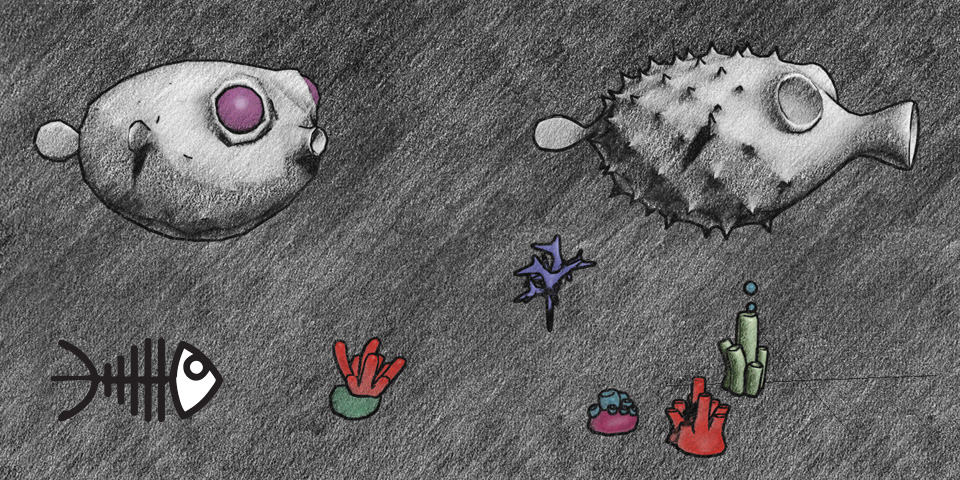 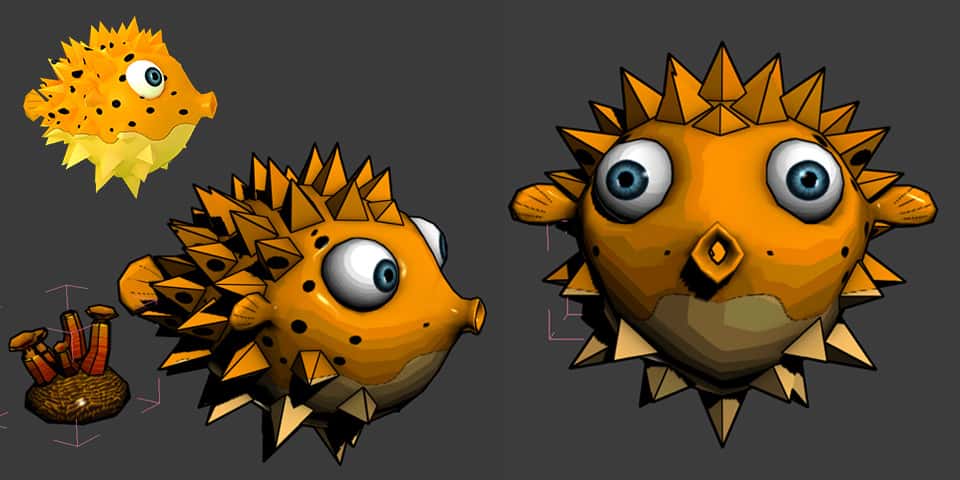 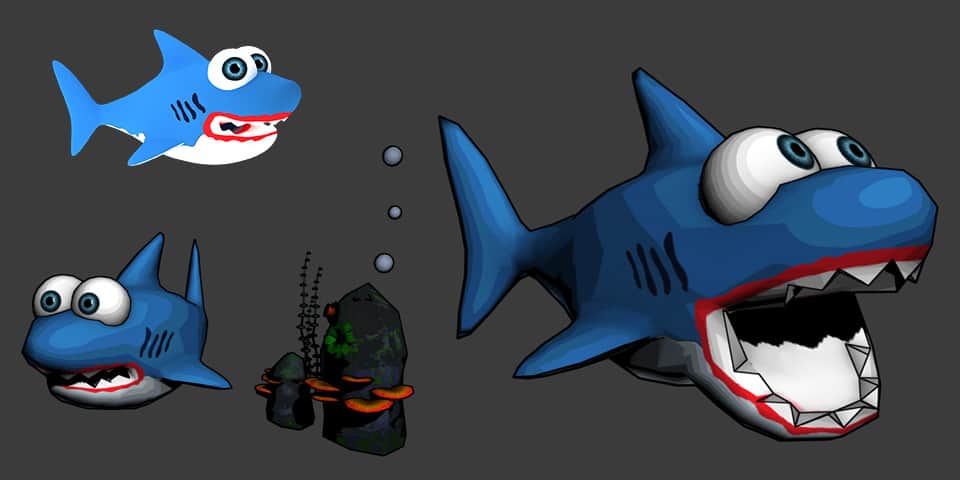 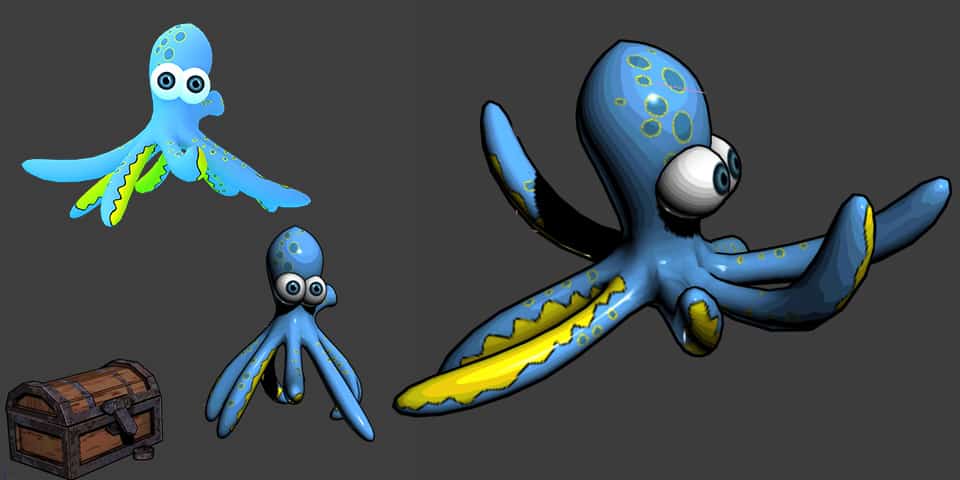 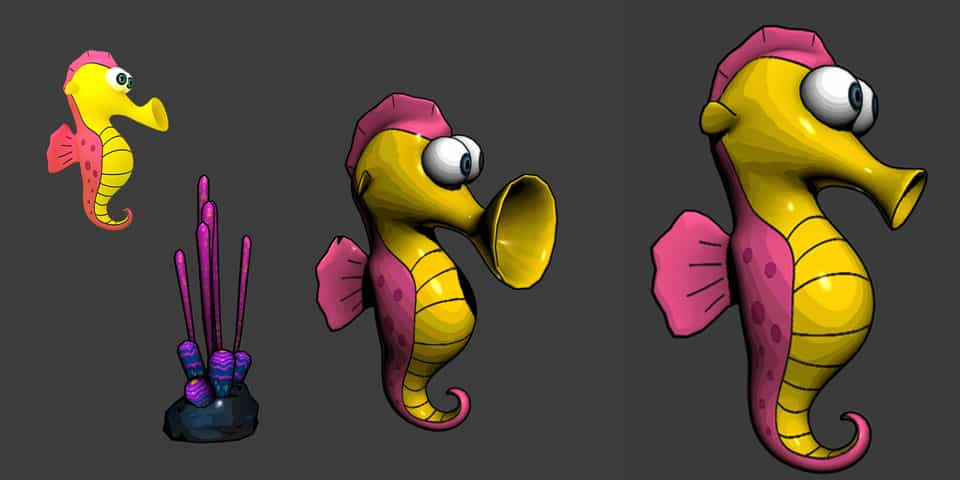 Rigging all our cartoon characters to be able to swim.

“We took the 3d digital models with their small underwater environments and we start building the skeleton, the muscles and we attach the skin to the cartoon aquatic creatures. We also create a set of simple animation controls, which we use to push and pull the characters around.” 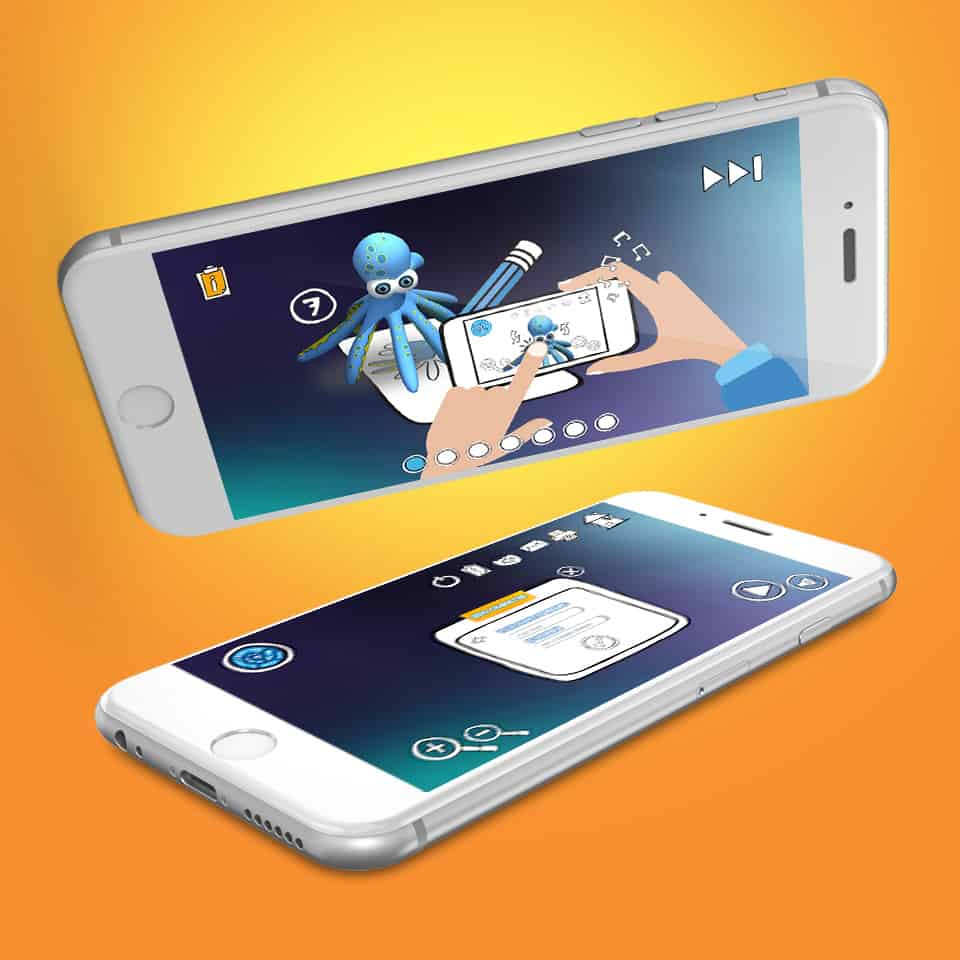 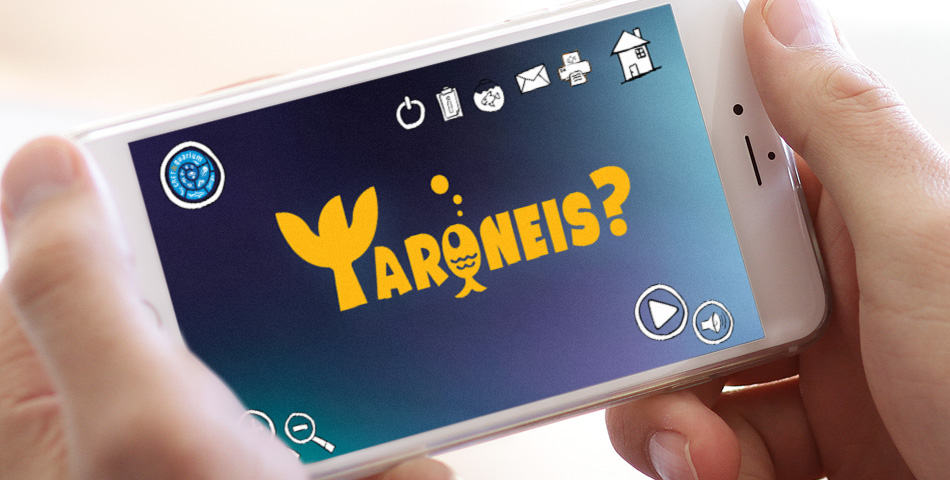 We took simple children drawings for the icons and buttons of psaroneis app. Making the interface clear and friendly for a child to navigate. 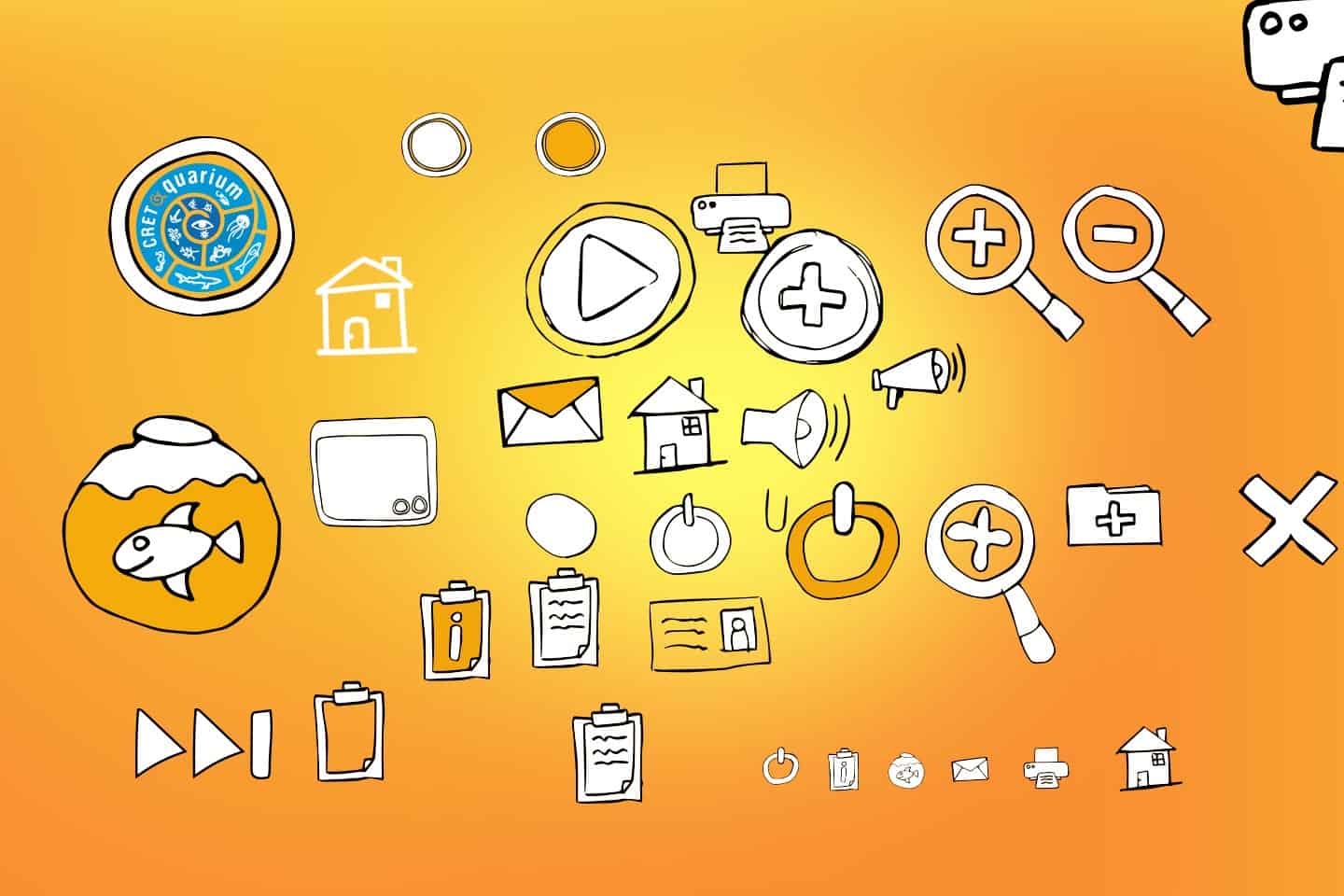 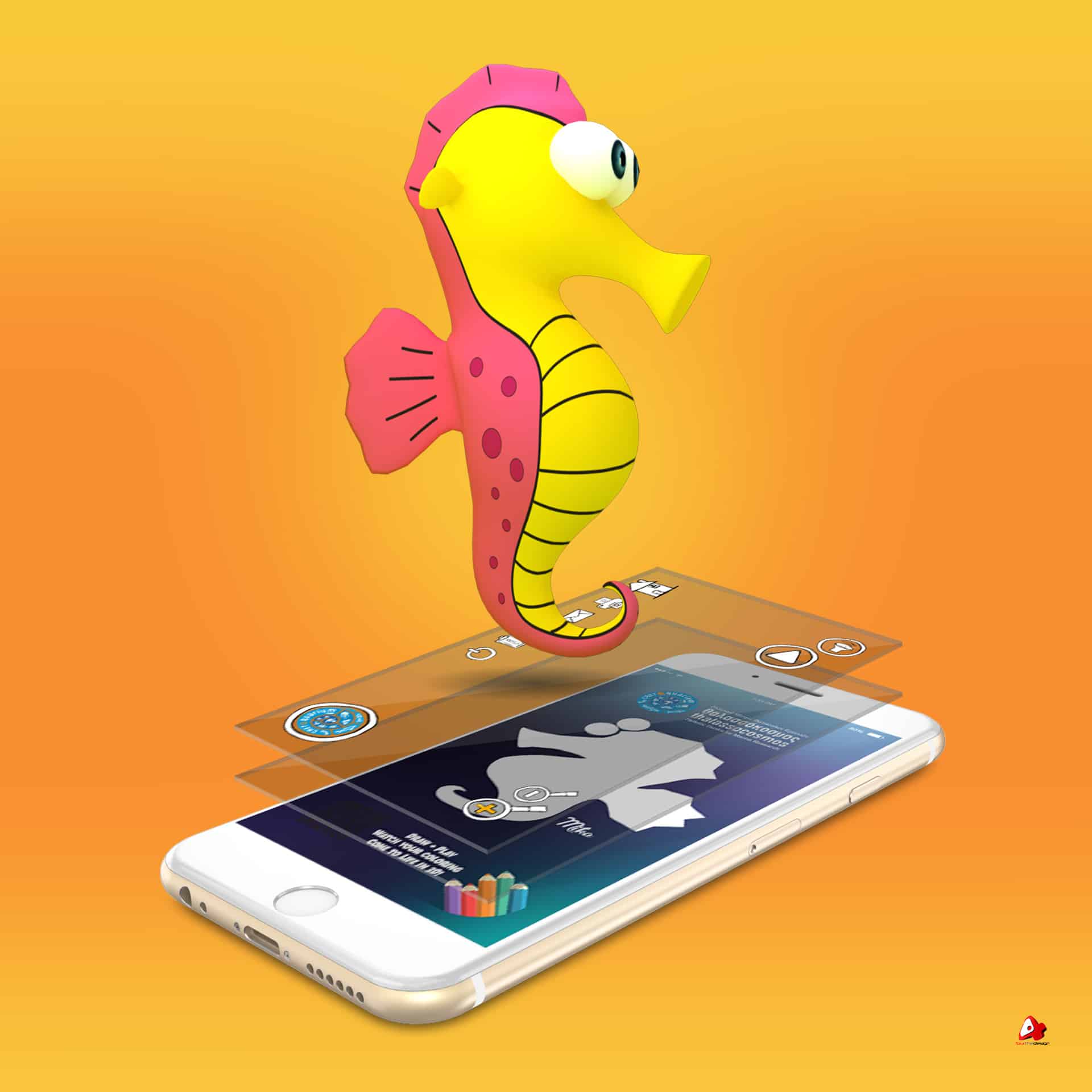 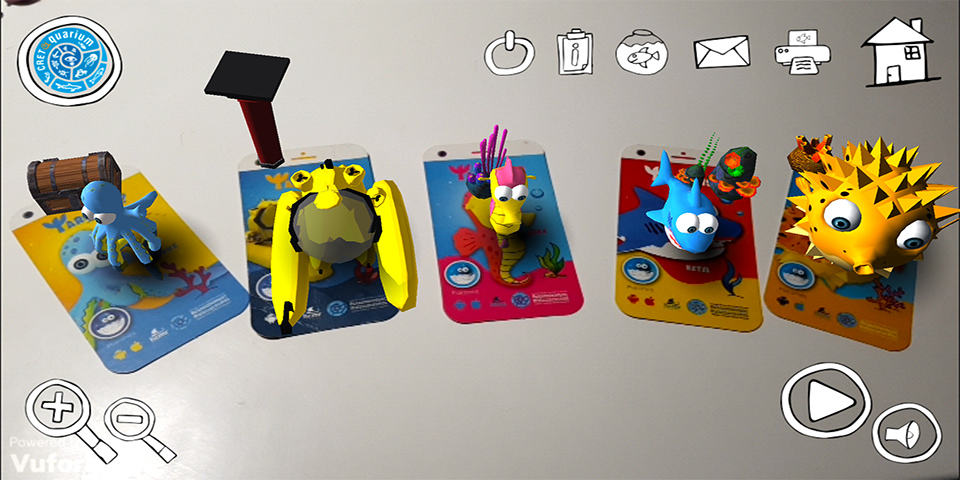